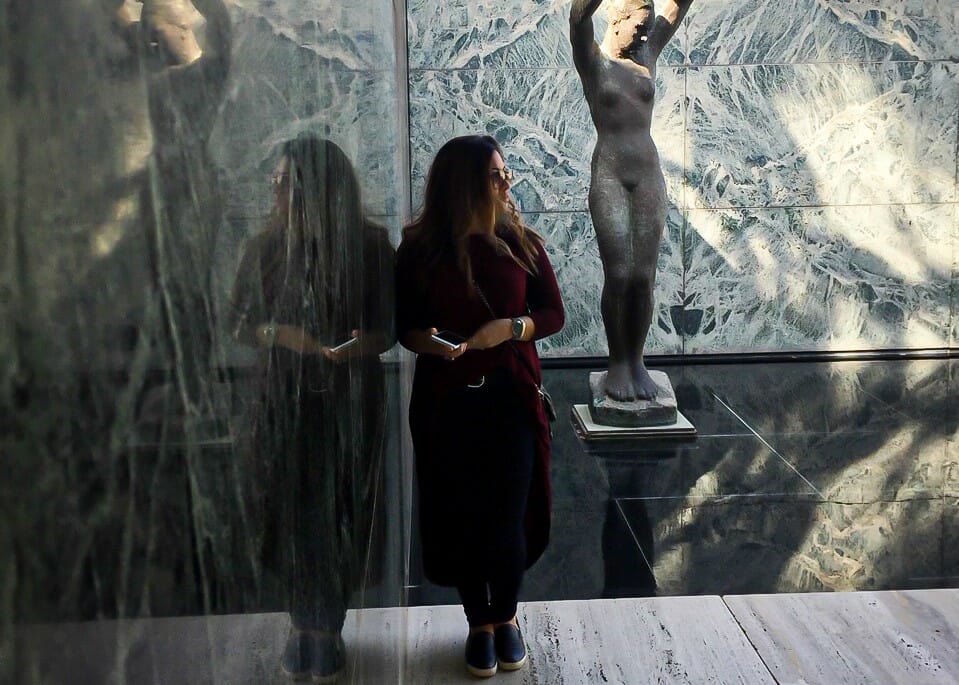 To get a sense of an interior designer’s specialized style, one can peruse through the professional’s portfolio of work. To truly understand the designer, though, you need to know what and who inspires them. By knowing these facts, you can see the whole picture of what your designer could bring to the table. For our head designer, Juliana, Ludwig Mies van der Rohe has been one of those great inspirations. Juliana has embodied his “less is more” approach, which has shaped the way she designs spaces.

While an architect by trade, Mies van der Rohe paid great attention to every element of his designs, including the interior. He even created minimalist, and eventually iconic, items of furniture to fully articulate his principles.

One of his most known creations was the German Pavilion, which was showcased at the Barcelona International Exhibition in 1929. Mies van der Rohe and Lilly Reich’s (his co-designer) work emblemized the Modern Movement of the early 1900s. While disassembled after the exhibition ended, the pavilion was so well received that the head of Barcelona’s Urban Planning Department designated a team of architects to research and create an exact replica of the original design. In 1986, the new pavilion opened to the public, named as the Barcelona Pavilion.

In the original pavilion, Mies van der Rohe and Reich showcased a newly designed chair made of leather and steel, which later earned the name the “Barcelona Chair.” Since the German Pavilion was set to host the King of Spain and German authorities during the opening ceremonies of the exhibition, the spaces were outlined by floor-to-ceiling panels of glass and various kinds of marble. The latter material, in particular, was posher than typical Mies van der Rohe style, but it needed to accommodate royalty. As did the furniture the reception guests would interact with. Cue in the Barcelona Chair.

The simple but sumptuous article rose to the level of the meticulously designed pavilion. The final product pleased Mies and Reich so much that they created a Barcelona sofa, which appeared in a client’s home for the first time that same year. Mies van der Rohe designed numerous furniture pieces throughout his career, each with their own essence of luxury, creativity, and simplicity. These elegant and pragmatic principles are what Juliana and the Beyond team bring to their designs every day. The influence Mies had on Juliana is indescribable by words, but each of her concepts highlights a principle the German architect held so dearly nearly a century ago.